ILOILO CITY, April 29 — The Mines and Geosciences Bureau Regional Office 6 (MGB-6) is on its way to have its own building.

MGB-6 OIC-ORD Raul A. Laput spearheaded the groundbreaking ceremony at Brgy. San Pedro, Molo, Iloilo City to begin the construction of the MGB-6 building this year.  The event started with a prayer by Rev. Fr. Alex Apalit who also officiated the blessing of the site and the construction project.

MGB Director Atty. Wilfredo Moncano congratulated the employees of MGB-6 in a video message he sent.   According to Atty. Moncano, the start of the building construction is a vital milestone for MGB-6 after years of waiting of having their own office built.  “As we anticipate the future completion of this building, may it be a source of motivation for us to further commit ourselves in fulfilling our mandate and tasks as stewards of the extractive minerals industry, and in helping communities supported by the mining sector,” he said.  He also looked forward to being physically present in Iloilo and join MGB-6 to celebrate its inauguration when the right time comes.

MGB-6 limited the number of people attending the event onsite to observe safety and health protocols due to COVID-19.  Employees joined the event through livestreaming on Facebook.

OIC-RD Raul A. Laput considered it a great blessing for MGB-6 to finally start the construction of its own office and thanked everyone who made this possible. (MGB-6) 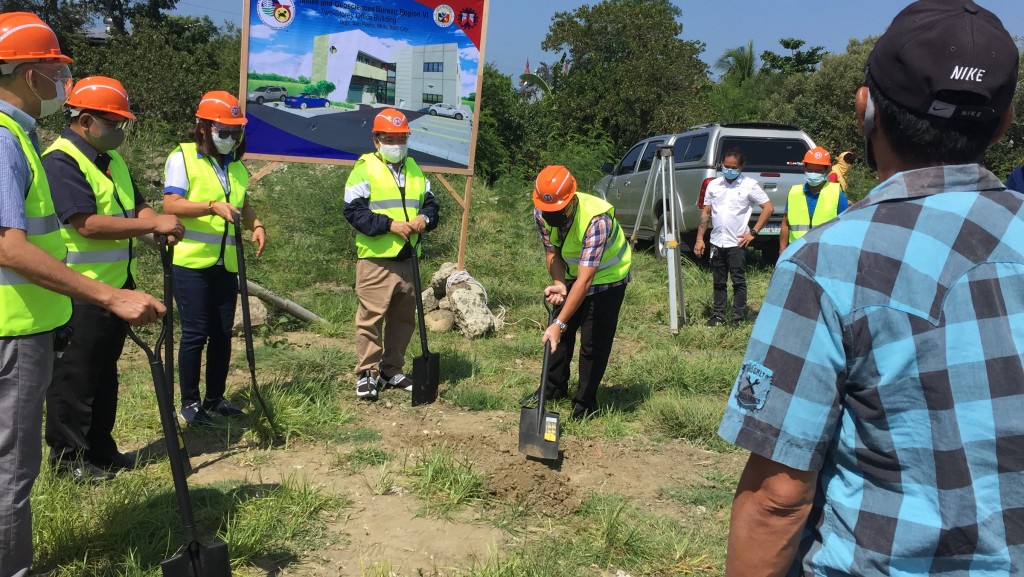