Iloilo City – Regional Director Raul A. Laput of the Mines and Geosciences Bureau (MGB) Regional Office VI, Department of Environment and Natural Resources (DENR) is among the officials of MGB who were promoted and appointed as Director II.  Letters of Appointment dated February 8, 2022 and signed by President Rodrigo Roa Duterte were received by the offices of the five now full-fledged MGB Regional Directors.  DENR Roy A. Cimatu administered their oath of office on February 16, 2022, with MGB Director Atty. Wilfredo G. Moncano as witness.

Engr. Raul A. Laput started his career in the government on April 20, 1983, as a Mining Engineer in the then Bureau of Mines and Geosciences – Region VII (Central Visayas). He rose from the ranks, and in 2000 he was designated as the OIC-Regional Director of the Mines and Geosciences Bureau – Region VIII (Eastern Visayas). Starting August 16, 2019 to date, he serves as the OIC-Regional Director of MGB Region VI (Western Visayas).

He was born on March 31, 1959 in Malabuyoc, Cebu to Domingo Laput and Caridad Alsola. He is married to Prescilla Moreño and was blessed with two children. He finished his elementary and secondary education with flying colors. He completed the Bachelor’s Degree in Mining Engineering in 1983 from the Cebu Institute of Technology as an MGB Scholar and passed the Licensure Examination in the same year. He earned a Master’s Degree in Management major in Public Service Management in 1998 from the University of San Jose Recoletos as a recipient of the Civil Service Commission Local Scholarship Program and thereafter has pursued a Master’s Degree in Management Engineering.

With deep conviction in his heart and God’s abiding presence and constant guidance, he is confident that he will be able to competently and faithfully face and overcome the various challenges as Director II with the utmost integrity and a high sense of professionalism. 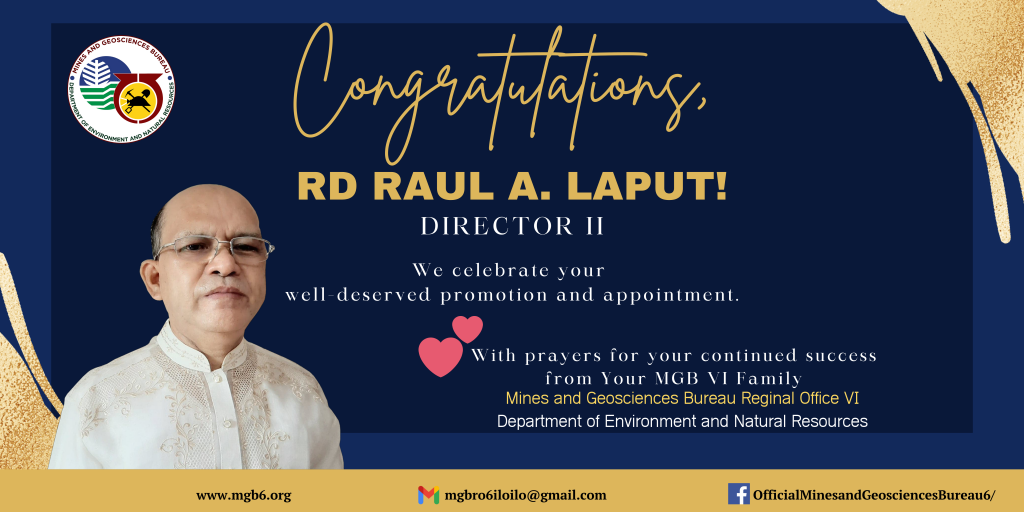 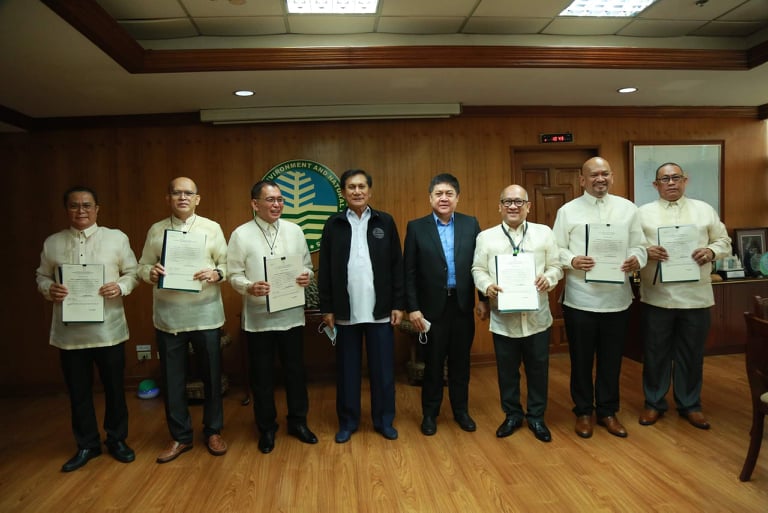