MGB RO-6 attended “We adapt: A Learning Event on Tax Reform for Acceleration and Inclusion (TRAIN) Act” as it celebrates the National Women’s Month 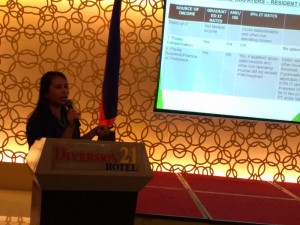 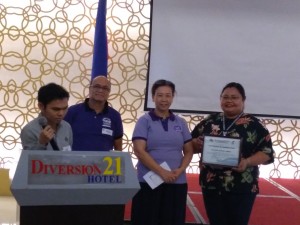 Iloilo City – The men and women of the Mines and Geosciences Bureau Regional Office 6 (DENR, MGB RO-6) learned more about the Tax Reform for Acceleration and Inclusion (TRAIN) Act and how they could adapt to these changes as taxpayers.  Ms. Kimberly N. Rodorocio and Ms. Ma Luna Dawn P. Niego of the Bureau of Internal Revenue (BIR) shared their knowledge and expertise on the provisions of the TRAIN Law during the learning event held on March 29, 2019 at the Diversion 21.  MGB RO-6 dedicated the day as well to celebrate the National Women’s Month.

Ms. Cecilia L. Ochavo-Saycon, Chief of the Finance and Administrative Division encouraged the personnel to learn more about the tax reform law and the changes it poses, including changes in how taxes are computed for professionals such as geologists and mining engineers hired under a contract of service.  Ms. Mae Y Magarzo, chief of the Geosciences Division and Gender and Development (GAD) Focal person said that the orientation is relevant in the celebration of the National Women’s Month with the theme “We make Change Work for Women” as it equipped not just the women but everyone in the organization on how to adapt to these changes on they are being taxed by knowing more about the tax reform.  (MGB RO-6)